My very talented dog Jasper has just started his own blog.  He does have problems sometimes with the typing but seems to be getting over it. 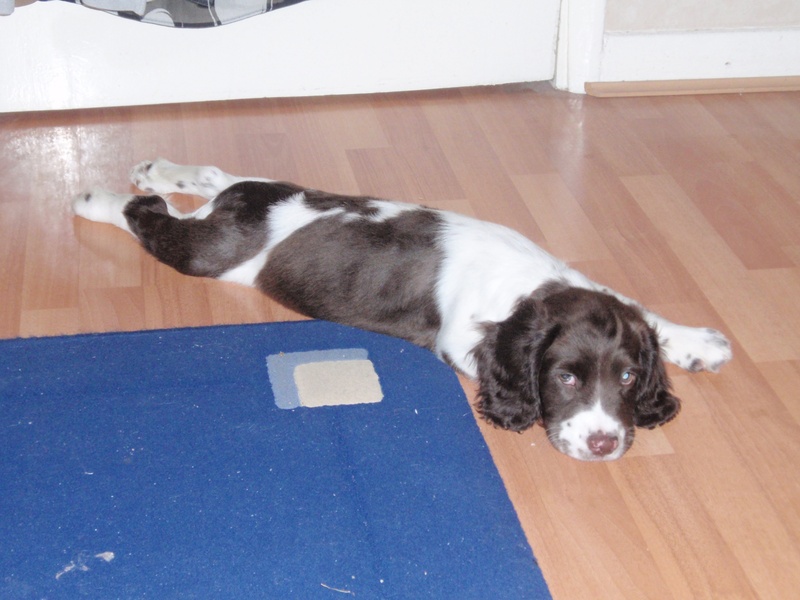 The Council has just sent out the following news release to announce an important award and I am quite proud as I nominated them.  My own dad served for 27 years in the TA  with 36 (Eastern) Signal Regt (V).  Unfortunately they have been whittled down by defence review after defence review and Labour have now managed to kill them off entirely.  Well done Gordon!

The London Borough of Bexley has marked the New Year with the announcement that it is recommending that the Freedom of the Borough is awarded to the 265 (Kent & County of London Yeomanary) Support Squadron (Sharpshooters), who are based in Bexleyheath.

The honour is the highest that can be made by the Council and it is awarded exclusively to those who have rendered eminent service to the borough. It has been awarded only twice in the 44 years since the London Borough of Bexley came into existence: to the late Sir Edward Heath KG MBE, who served as Prime Minister and represented Old Bexley & Sidcup in Parliament for many years, and to the 17th Depot Regiment Royal Artillery, who are now based in Kent.

"I am delighted that we are planning to award this great honour to the only military unit based in the borough, particularly at a time when members of our armed forces are making such great sacrifices in the service of their country," said Cllr Bernard Clewes MBE, the Mayor of the London Borough of Bexley. "We can all take pride in the professionalism and long tradition of service displayed by all our servicemen and women and we are, of course, particularly proud of those who are based in our borough."

The unit was nominated for the honour by Cllr James Hunt and Cllr Nigel Betts and the granting of the Freedom of the Borough was supported unanimously by the members of the Council's Civic Recognition Panel. Its recommendation is subject to the approval of the full Council.

265 (Kent & County of London Yeomanary) Support Squadron (Sharpshooters) are part of 71 Signal Regiment, whose headquarters are also in Bexleyheath. The honour recognises the Regiment's long association with the borough and the distinguished service given by its members throughout its history, both to the borough and to their country.

Territorials from the unit and its predecessors have served in both world wars and on operations in many parts of the world, including Northern Ireland, Iraq and Afghanistan. Through its attachment to the Royal Corps of Signals, the unit provides the British Army with communications and information technology around the world, including combat situations.

Representatives of the unit are expected to be presented with a certificate recording the granting of the Freedom of the Borough at the Council's annual reception on 22 May.

The granting of Freedom of the Borough will give the unit the "right, privilege, honour and distinction" of marching through the streets of the borough on all ceremonial occasions "with colours flying, bands playing and drums beating".